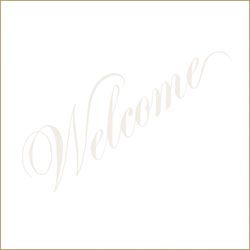 ﻿Many of Santana’s rock-addict fans could well have understood the inviting word "Welcome" on the white LP cover as an attempt to break away from the spiritual aura of his previous album "Love Devotion Surrender". And the musicians certainly managed to produce a rich Latin feeling, with such titles as "Samba De Sausalito" and "Yours Is The Light". But luckily their concessions did not alienate them from their die-hard fans in that they came up with a sort of copy of the rhythmical "Caravanserai" (Columbia KC 31610). They truly attempted something new. Encouraged by the success of the jazz-fusion formula created by Miles Davis and his disciples, Santana combined his virtuoso guitar playing with specially chosen electronic features. The amazingly acrobatic jazz vocalists Leon Thomas and Wendy Haas contributed complicated, quirky parts and the maestro himself vies with John McLaughlin in a dense conflict carried out on their instruments in "Flame Sky". This is an album with a strong intellectual drive and offers the discerning listener a dazzling blend of Latin, jazz and fusion.